Home Lifestyle Muslim Doctors to Trump Fans: We’ll Treat You Even if You Hate...
Share on Facebook
Tweet on Twitter
Sure, fans of The Donald say they hate Islam, but Cleveland’s Muslim doctors stand ready to treat them during the GOP convention all the same.

CLEVELAND — If an anti-Muslim Trump supporter gets injured during the Republican National Convention, there’s a good chance the medical treatment will be provided by a Muslim doctor.

Donald Trump has encouraged a wave of anti-Muslim sentiment in the United States—from a complete ban of Muslims to “extreme vetting” in a CBS News interview earlier this week.

But even as his most ardent supporters arrive for the Republican National Convention to cheer on his nomination, the city’s Muslim doctors stand ready to provide them with medical help.

Because while ’Land is known for its high-quality hospitals, what’s less well-known is that Muslims make up a substantial proportion of the city’s medical professionals.

In response to anti-Muslim rhetoric, Dr. Bryan Hambley helped found a Cleveland protest organization of doctors, nurses, and medical professionals called Stand Together Against Trump, or STAT—which also is a medical term from the Latin word “statim,” meaning immediately or right away.

“Muslim Doctors Save Lives In Cleveland” is one of the group’s mottos.

There are about a dozen Muslim medical professionals affiliated with the group, Hambley said, and he estimates that the medical residency programs he has been part of have included between 10 to 20 percent Muslim students.

“There’s this running stereotype amongst Muslims that your parents expect you to either become a doctor or engineer. That’s the way we see it,” said Dr. Fatima Fadlalla, a resident physician in internal medicine who grew up in Cleveland and then returned for her residency. She estimates that there are thousands of Muslim doctors in Cleveland, and that among her Muslim friends, around 90 percent are physicians or in the medical field.

“We have a lot of Muslim doctors in this city. If they stopped working for a day, the whole medical system might come to a halt in the Cleveland area. We save lives every day,” said Isam Zaiem, a retired medical technologist who has lived in Cleveland since 1974 but hails from Damascus, Syria.

It is not lost on Fadlalla that, while she’s on a shift this week, she could end up treating a Trump supporter who despises her for her religious affiliation.

“I definitely see the irony in it, but as someone who took this oath and believes in the good in people, that’s not something that’s going to influence how I treat someone,” Fadlalla said. “What I know about the United States—the values I was brought up with, this sense of equality amongst people—I’m hoping that this will help me in treating whoever it is I need to treat.”

It’s an obligation for any medical professional, added Zaiem: “I would just treat them like anybody else, if [a Trump supporter] needs my help. I would help without hesitation. It’s no problem to have disagreement on issues. We have lost the ability to accept each others’ differences without being at each other’s throats.”

The protests, marches, and demonstrations planned for this week in Cleveland have the potential for a toxic mix: extremists from white supremacists to the New Black Panther Party have indicated that they will be attending. Cleveland’s hospitals are already prepping for violence.

For Dr. Deborah Nafisah Abdul Rahim, a Muslim and retired school psychologist who spent much of her career working with Cleveland’s inner-city children, there’s a concern that a clash at the conventions might have long-lasting effects on Muslim youth here.

“Children will go to school with that, with that fear, that reservation—will they be attacked?…  Some kids don’t even want to acknowledge they have a different religious for fear they’ll be ostracized or hurt,” Rahim told The Daily Beast. “We’ve got to start at home, saying the exact opposite things that [Trump] is saying… the leaders have to send a different message.”

So for most demonstrators, the key is keeping the peace. Stand Together Against Trump began with medical professionals and has since expanded to include anyone opposed to the Republican businessman, and is planning a march Thursday as Trump accepts the GOP nomination.

This weekend it held a planning session for 14 “peace marshals” it hopes will be able to de-escalate any violent situation. These are truly the committed: they met at 8 a.m. on a Sunday morning for several hours to learn their rights, and how to prevent confrontation with counter-protesters.

“The amount of attention on protesters bringing violence, bringing chaos has been incessant,” Hambley said. “Part of the reason we are here is to make sure that’s untrue.”

For half an hour, the assembled group of demonstrators practiced how to deal with angry counter-protesters who support Trump. It’s a window into both the techniques used to undercut confrontation, and the way these anti-Trump demonstrators view Trump supporters.

They role-played multiple scenarios, during which half of the marshals played Trump backers: in one, the “Trump backers” were told they had lost their job and believed an immigrant had taken it, and had fallen behind on their mortgage. In a second scenario, they were told they were nearing retirement age but that much of retirement savings had been lost due to financial catastrophe, and that their daughter was dating an immigrant.

The demonstrators played their characters with gusto:

“Build a wall!” one yelled repeatedly.

“Get out of my fucking way, you race-traitor,” screamed another.

“Trump is a good man who wants to help people and make America great again. Why can’t you see that?” asked a third.

Those leading the protest training told those there that the key was to listen to those who confronted them, affirm their feelings, and respond calmly.

“Those people are not so different from us,” said one participant, referring to Trump supporters. “What I see out there is an expression of helplessness.”

But there was still a sense of wariness among the protesters about law enforcement. One described how he had been visited by the U.S. Secret Service this week. They were told not to talk to police except in an emergency situation, and in all cases of angry confrontation, according to activist Elliott Adams, to “de-escalate and keep it from growing.”

—with additional reporting by Asawin Suebsaeng 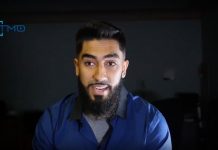 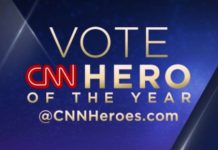 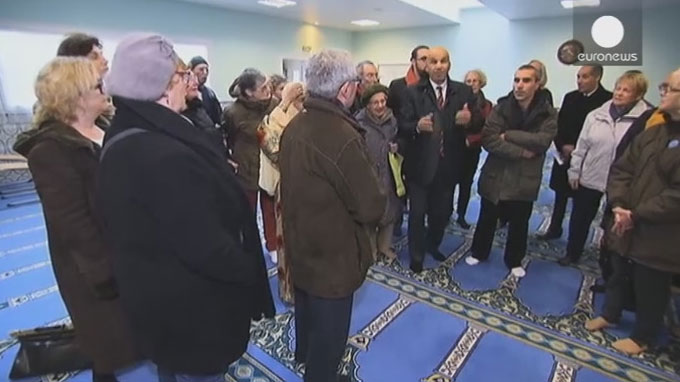