UPF has conducted dozens of trainings, engagements, film screenings, and interviews in the past few years at various government agencies and community forums. Over and over, ordinary Americans ask us a set of questions about their American Muslim neighbors that reveal a pattern of expectations framed by the mainstream media. This pattern doesn’t match up with the facts on the ground—who American Muslims are, what they represent, or how they live their lives here.

This 11-minute film provides poll-based answers to the most frequent questions Americans ask about their Muslim neighbors.

“American Muslims: Facts vs. Fiction,” is designed to reach a broad cross-section, to set the record straight, and to correct the most prevalent misunderstandings about Muslims today. It presents data collected from reputable polling agencies and think-tanks like the Gallup Organization, the Pew Forum, the Institute for Social Policy and Understanding, and the U.S. Counterterrorism Center.

What are some of the stereotypes you’ve heard people say about Muslims?

Go back home! You’re a foreigner.

Not all Muslims are terrorists, but all terrorists are Muslim. 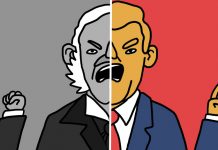 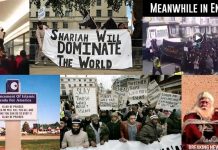 A Look at Some Widely-Spread Falsehoods About Muslims