4 POSTS 0 COMMENTS
Dr. Craig Considine is a Catholic American of Irish and Italian descent. In the Fall of 2015, Craig will take up a Lecturer position in the Department of Sociology at Rice University in Houston, Texas. As a sociologist, he focuses on Christian-Muslim relations, interfaith studies, identity, race and ethnicity, as well as comparative research and ethnography. He holds a Ph.D. in Sociology from Trinity College Dublin, an MS.c. Lond. In International Relations from Royal Holloway, University of London, and a B.A. in International Relations from American University, Washington DC.

Furthermore, media outlets including CNN, Al-Jazeera English, and The Boston Globe have interviewed him, and his work has appeared on the websites of the Council of American Islamic Relations as well as the Iranian Ministry of Cultural Affairs. 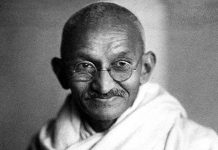 10 Great Non-Muslim Quotes on Islam You Need to Read

Dr. Craig Considine - May 8, 2017
0
“I wanted to know the best of the life of one who holds today an undisputed sway over the hearts of millions of mankind…... 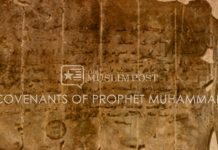 Religious Pluralism and Civic Rights in a “Muslim Nation”: An Analysis of Prophet Muhammad’s...

1
Abstract: This article examines the roles that religious pluralism and civic rights played in Prophet Muhammad’s vision of a “Muslim nation”. I demonstrate how... 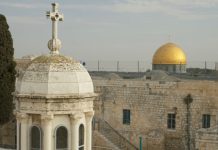 Why a Christian Can View Muhammad As A Prophet

Dr. Craig Considine - January 26, 2016
0
As an advocate of interfaith dialogue, particularly between Christians and Muslims, I'm often faced with the issue of conversion. People ask me, "If you... 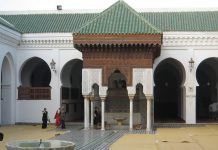 Dr. Craig Considine - January 26, 2016
0
In his recent article, Sam Harris, a popular critic of Islam, referred to Malala Yousafzai, the Pakistani education activist, as "the best thing to...

Debunking Arguments in Favor of the Electoral College

The Catastrophe Facing the World Today

CAIR: More than a dozen Muslims discriminated against at work

Roger Ailes to be removed by Murdoch as Fox News CEO:...

Clinton vs Trump: How they said what they said

Does the Muslim world have the leaders it needs?

Here’s One of the Best of Summaries of Donald Trump’s Disgusting...