The Axis of Evil Comedy Tour is a comedy tour featuring four Middle Eastern comedians and special guest comedians. The tour’s name is derived from a speech by US President George W. Bush which designated Iraq, Iran, and North Korea as the “Axis of Evil“.[1] The tour started on 11 November 2005.[2][3] The group jokes about their culture along with being Middle-Eastern in America.[2][3] All of the comedians state that their lives changed considerably with 9/11, with one member, Egyptian-American Ahmed Ahmed, whose name matches the alias used by an Osama bin Laden henchman, noting that he is frequently stopped by airport immigration officials on suspicion of terrorism — including a 12-hour stint in a jail in Las Vegas.[3] On 10 March 2007 they were given their own Comedy Central Special.[3] The group broke up in 2011.

The group’s current events sense of humor has attracted media attention. They have been interviewed by CNN, NPR, The New York Times and Time among others. They toured in several Mid-East countries with Showtime Arabia. King Abdullah II of Jordan has attended their show in Jordan and has conveyed his appreciation of their work. 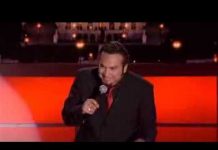 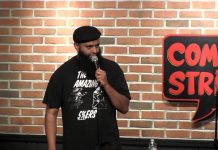