Hazrat (Edwin) Ali was born in the then British Guiana on October 7, 1940.

He is the father of five grown children and six grand children.

A Journalist for 44 years, he was Editor of Caribbean Today News Magazine for nine years and later became the papers Travel Editor. He is a former Editor of the now defunct Caribbean Lifestyles Magazine. Ali is currently Caribbean Correspondent for Jetsettersmagazine.com out of Las Vegas and Assistant Editor of Caribbean Voice newspaper.

He is a former Editor in Chief of the Guyana Broadcasting Corporation, correspondent for the BBC, Reuters of London, Gemini News Service of London, Caribbean News Agency, Radio Antilles of Mo! ntserrat and Alacode of Colombia.

A graduate of the University of Guyana, he has credits in Print and Radio Communications, English, Economics, Caribbean Studies and Sociology and has had training from the British Ministry of Overseas Development, the University of the West Indies and UNESCO. He is also a graduate of Cuffy Ideological Institute and the Critchlow Labor College and is also Honorary Chairman of the Clerical and Commercial Workers Union.

Recipient of an "Excellence in Journalism" Award from the Caribbean Media Exchange in May 2002, Ali has also been honored by the Caribbean Business Network for his contribution in the field of Communications. He has traveled extensively throughout the Caribbean and West Indies, Europe and some of the former Eastern Bloc countries North Korea and Egypt and made the pilgrimage to Mecca in Saudi Arabia in 1999.

Ali is the author of Guyana's first political history book...."The Rise Of The Phoenix in Guyana's Turbulent Politics" which covers 50 years of Guyana's political development and is now a recommended reading for students of the University of Guyana.

His latest book, "Muslims in America Following the Catastrophic Tragedy of 9/11" condemns the perpetrators of this heinous crime and traces the impact on the social and economic lives of millions throughout the world. Ali's first cousin, Bibi Amina Mohamed lost her life in the Twin Tower Tragedy. (Certificate of Registration TX 5-929-616. U.S. Copyright Office)

Edwin Ali - March 7, 2020
0
The greatest challenge facing the world today is the spiraling hate, intolerance, and genocide which shows no sign of abating but rather... 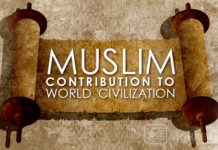 Edwin Ali - January 15, 2017
0
Muslims have contributed vastly to world civilization but remain obscure By Edwin Ali The Encyclopedia Britannica is one of a few sources for Detailing some of... 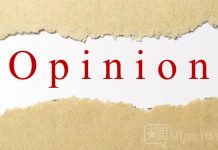 Promoting love and unity among mankind

Edwin Ali - November 23, 2016
0
Throughout history there is ample evidence of the many contributions some individuals have made to promote love and unity among mankind even though some...

The Catastrophe Facing the World Today

Edwin Ali - August 27, 2016
0
The greatest challenge facing the world today is the spiraling hate, intolerance and genocide which shows no sign of abating but rather expanding at...

It’s not paranoia: Hackers can use your webcam to spy on... 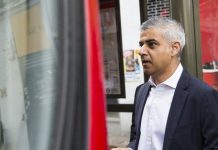 It Is Wrong to Focus on Sadiq Khan’s Muslim Identity 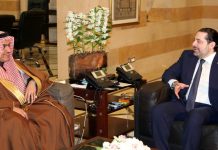 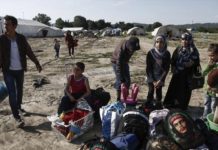 What Happens to Millions of Syrian Refugees if Assad Remains in...