Khurrum Wahid is a partner at Wahid Vizcaino LLP. He has over 100 jury trials in a wide range of federal and state matters in civil, administrative, and criminal fields. He was recognized by New Times Magazine as lawyer of the year in 2007 and has been recognized as one of Florida Trend Magazines Legal Elite in the area of criminal law since 2011. His practice focuses on white collar crime, complex fraud matters, and national security cases. Khurrum sits on the National Association of Criminal Defense Lawyers’ National Security Committee. He frequently is invited to speak at conferences, community meetings, and professional forums. Currently Khurrum sits on the professional boards of the Florida Association of Criminal Defense Attorneys, Miami chapter, the Florida Bar’s Federal Court Rules and Practice Committee, the Florida Bar’s Committee on Diversity and Inclusion, the Supreme Court of Florida Standing Committee on Fairness and Diversity.

Before entering private practice, Khurrum served several years as a Senior Trial Attorney at the Neighborhood Defender Service of Harlem. Prior to working at NDS, Khurrum gained extensive trial experience as an Assistant Public Defender in Miami, Florida. Khurrum received his B.A. from the University of Toronto and his J.D. from Thomas Jefferson School of Law in San Diego, California. He is actively licensed in Florida, New York, Federal trial and appeals courts. Khurrum is admitted to practice law in Florida, New York, and various Federal Courts.

A devoted advocate for human and civil rights, Khurrum has fought tirelessly to protect civil liberties from unwarranted government encroachment and to educate the public about the importance of safeguarding our constitutional protections. Khurrum has testified on civil rights issues several times before various government organizations, including once before the New York City Council and twice before the United States Commission on Civil Rights. Khurrum believes in the adherence to the U.S. Constitution even when such action means representing the unpopular or the pariahs of our society. He has represented individuals in national security matters and challenged the overreach of the government.

Khurrum is a pivotal founding member and current National Co-Chair of EMERGE USA, a national non- profit civic engagement organization with chapters in Florida, Texas, Michigan, Pennsylvania, New York and Virginia. Emerge works to empower “emerging majority” communities, with a focus on Muslim Americans, to participate more in public and community and public service. Emerge USA accomplishes this thorough the development of young people as our future leadership, development of data to provide solid metrics for future success, and development of an active and engaged voter base. Since 2006 Khurrum has also been the Chair of Emerge PAC, a political action committee designed to support elected officials who show support for the diverse emerging majority of communities and their issues.

Khurrum is a founding member of the Florida Muslim Bar Association. This organization has worked toward championing diversity in the legal profession since 2006. Khurrum organizes an annual “Eid holiday” reception, marking the end of the Muslim month of Ramadan, every year that attracts dozens of members of the judiciary and the bar in celebration of diversity. Khurrum has hosted a complimentary dinner each summer inviting the diverse communities of young attorneys and students to interact with the established legal and elected community in Broward County. He is appointed as a Vice-Chair of the Florida Bar’s Committee on Diversity and Inclusion, the largest committee in the Florida Bar. Khurrum is also appointed as a member of the Florida Bar’s Federal Court Rules and Practice Committee. He has been a key organizer of over half a dozen diversity seminars and events over the past five years and has been invited as a speaker at over two dozen diversity events; many of them focused on law students and newly admitted attorneys in Florida and New York.

Khurrum has sat on the board of MCCJ since 2010. MCCJ works to insure every person has the right to live in dignity and enjoy respect, regardless of race, gender, faith, ethnicity, national origin, age, sexual orientation, physical or mental ability or socioeconomic status. He has co-chaired for several years of the MCCJ Headliner Breakfast which brings the issues of race and tolerance to Miami in the form of national journalists and columnists who focus on these issues. Khurrum recently traveled to Israel to learn more about the Jewish faith and traditions. This had led to his attempts to better engage American Palestinians, Muslims and Jews in open dialogue with a focus on better relations among the younger generation.

Khurrum is featured in the book “True American” for work he did to stop the execution of a Texan who shot and killed a Sikh and a Muslim in the days following 9-11. He is also featured as the defense attorney in the A&E special “Miami Manhunt”. Khurrum recently appeared in the HBO documentary “Homegrown” where he commented on his work in the case of the United States v. Ehsanul Siddiqui. He has appeared as a guest commentator on CNN, MSNBC, Fox News, National Public Radio, and various other television and radio shows across the nation.

Trump Has Got Palestinians Worried

Ashley Csanady: Back off the burkini, the state has no place... 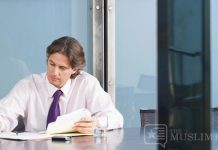 8 Essentials For A Healthy Workplace 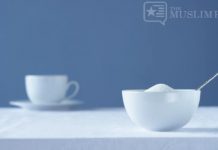 Sugar Ages Your Skin, Hurts Your Memory, And 4 Other Surprising...