A federal judge’s order has allowed many people with visas to come to the U.S. But Dr. Suha Abushamma isn’t one of them. She was forced to give up her visa. And now she’s suing.

Joyous homecomings and family reunions broke out at airports across the country after a federal judge in Washington state blocked the implementation of President Donald Trump’s order barring visitors from seven predominantly Muslim countries.

A first-year resident at the Cleveland Clinic, she was forced to leave the U.S. hours after landing at New York’s John F. Kennedy International Airport on Saturday, Jan. 28. Abushamma, a Sudanese citizen, was given the choice of withdrawing her visa application “voluntarily” or being forcibly deported and not allowed back to the U.S. for at least five years. She chose to withdraw her visa, meaning she does not currently have a valid document with which to enter the U.S.

Her plane took off around the same time as a federal district judge in Brooklyn issued a temporary stay blocking the government from removing people like her. Abushamma said she asked an officer and supervisor with Customs and Border Protection to allow her to wait for the results of the hearing, but her request was denied.

“My heart sank when she told me she was on that plane,” David Leopold, a lawyer who was working with Abushamma, previously told ProPublica. “It was one of the hardest moments I’ve ever had being a lawyer.”

Lawyers are suing on Abushamma’s behalf, seeking an order that would allow her to come back to the U.S. The lawsuit contends that Abushamma was denied access to legal advice and was unlawfully removed. Abushamma is currently in Saudi Arabia, where her family lives. A hearing in her case is set for Feb. 15.

If Abushamma loses her suit, she’ll have to reapply for a visa, which can be a lengthy process.

The government has not yet filed its response to Abushamma’s lawsuit. In a series of tweets over the weekend, Trump criticized U.S. District Judge James Robart, who ruled against his executive order.

“The judge opens up our country to potential terrorists and others that do not have our best interests at heart. Bad people are very happy!” Trump wrote in one tweet.

For some of those whose disrupted lives ProPublica detailed, the judge’s decision opened the doors to the country again.

Dr. Kamal Fadlalla, a second-year resident in internal medicineat Interfaith Medical Center in Brooklyn, had been stuck in Sudan where he had been visiting his family. When Fadlalla arrived at New York’s John F. Kennedy International Airport yesterday, he was greeted by elected officials and colleaguesfrom the Committee of Interns and Residents/SEIU Healthcare.

Dr. Abubaker Hassan also was reunited with his wife, Sara Hamad, and his infant daughter Alma, who had been stuck overseas after visiting relatives in Qatar. Hassan is in his second year of an internal medicine residency program at Detroit Medical Center, a hospital that serves a low-income and minority community. Although their daughter is a U.S. citizen, his wife holds a visa and was blocked by the travel ban. They flew into Philadelphia yesterday.

And Batoul Elamin, a neonatologist in Virginia, was finally able to see her mother. Her mother, a Sudanese citizen, flew in yesterday from Saudi Arabia, where she had been waiting while the travel ban was in effect.

As recently as Friday, Dr. Majid Rouhbakhshzaeri, a pediatric eye doctor in Chicago, had been thinking about abandoning the life he had built life in the U.S. to go back to his native Iran.

Rouhbakhshzaeri, a permanent resident with a green card, had been working for three years to bring his family to Illinois. His wife, Nasim Nami, and his two young children, Adrian and Ryan, received their visas at the end of last year and they were planning to move here this month.

They arrived yesterday in Boston. Rouhbakhshzaeri flew there to greet them. “I’m so happy, excited and worried,” he texted as his family was in transit.

“My younger kid does not know me because when he was two or three months, I moved here, and my older kid was like 1-year-old,” Rouhbakhshzaeri said on Friday. “I miss them a lot. They also miss me — and the burden is on my wife and her family.”

Update, Feb. 7, 2017: The Cleveland Clinic and its lawyers arranged for Abushamma to fly back to the United States on Monday. Details of her arrival were not announced until Tuesday. 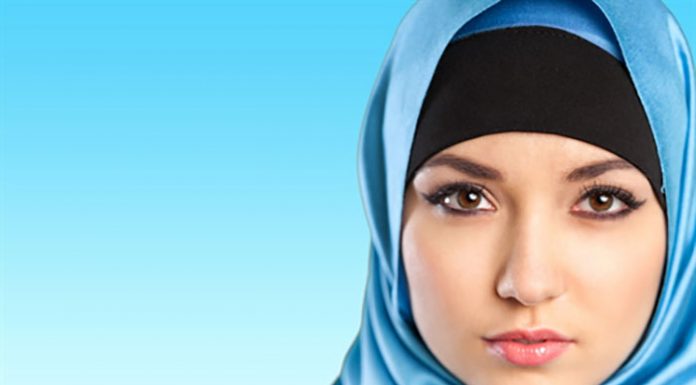 EDITORIAL: Of women, hair and shoes

The moral questions in the debate on what constitutes terrorism