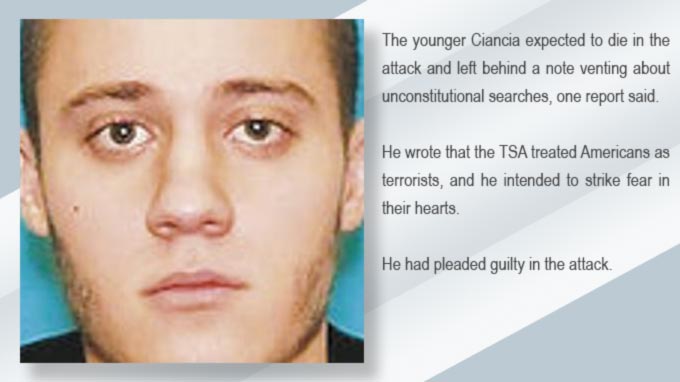 LOS ANGELES — The former South Jersey resident who went on a shooting spree in 2013 at Los Angeles International Airport that left one federal agent dead has been been sentenced to life in prison, a report says

Paul Ciancia, 26, who grew up in Pennsville Township, was unapologetic about the grief and chaos he caused for others, according to the Los Angeles Times.