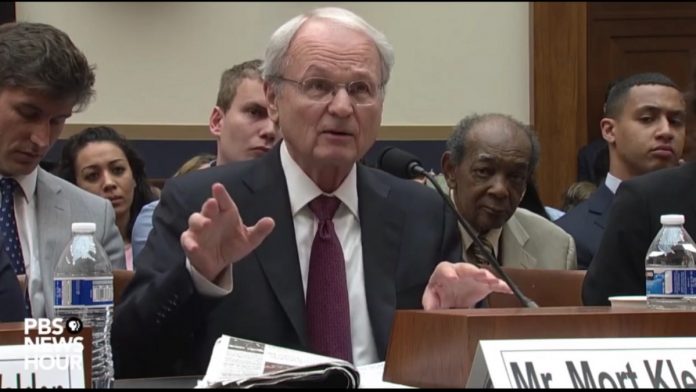 A witness for the Republican minority told a congressional committee that the New Zealand mosque mass shooter was a “left-wing” terrorist, despite the man’s expressed support and admiration for Donald Trump.

During a House Judiciary Committee hearing on “Hate Crimes and the Rise of White Nationalism,” Zionist Organization of America (ZOA) National President Mort Klein used part of his opening statement to deflect attention away from the possibility that Trump’s rhetoric played any role in influencing white supremacist violence.

“The Tree of Life synagogue massacre perpetrator was a neo-Nazi who hated President Trump for not being anti-Semitic, called Jews in the Trump administration a ‘kike infestation,’ and also hated anti-Trump Jews,” Klein said.

“The New Zealand mosque murderer was actually a left-wing self-described ‘eco-Fascist’ who also published a manifesto praising Communist China as ‘the nation with the closest political and social values to my own.’” he added.

The New Zealand terrorist praised Trump in that manifesto, calling him “a symbol of renewed white identity and common purpose.”

The perpetrator of the Tree of Life Synagogue massacre shared social media posts promoting conspiracy theories against Jewish individuals and organizations alleging they financed the migrant caravans, which Trump has also promoted.

Neither of those facts were included in Klein’s testimony.

Watch the clip above, via PBS.

Have a tip we should know? [email protected]