JAKARTA, Indonesia (AP) — Indonesia’s largest Muslim organization has criticized the blasphemy conviction and imprisonment of a Buddhist woman who complained that the call to prayer from her neighborhood mosque was too loud.

The ethnic Chinese woman, Meiliana, was sentenced to 18 months in prison on Tuesday by a court in Medan, the capital of North Sumatra province, providing new fuel to concerns that an intolerant brand of Islam is gaining ground in Indonesia. A conservative Muslim group in the province said the sentence was too light.

The country’s constitution guarantees freedom of speech and religion, but religious minorities are frequently the target of blasphemy prosecutions that can result in a maximum five years in prison. The overwhelming majority of cases end with guilty verdicts.

Word of the woman’s original comments in July 2016 sparked a riot in Tanjung Balai, a port town on Sumatra. Mobs burned and ransacked at least 14 Buddhist temples in the town.

“We believe that Meiliana did not commit blasphemy,” Robikin Emhas, a deputy chairman of Nahdlatul Ulama, told The Associated Press.

He said a complaint about a speaker’s volume for the five-times-a-day call to prayer does not contain any element of hatred against a religion.

“I regret this matter has been brought to the court, it actually should be settled in a peaceful way,” Emhas said.

Prosecutors had accused the 44-year-old defendant of violating the criminal code by committing blasphemy against Islam, the dominant faith in Indonesia, the world’s most populous Muslim nation. About 85 percent of Indonesians are Muslim, but Protestants, Catholics, Hindus and Buddhists are each numerically significant minorities.

Another prominent Nahdlatul Ulama official, Rumadi Ahmad, who was an expert witness at Meiliana’s trial, said in a Facebook post that his testimony was ignored.

“Meiliana, forgive me,” he wrote. “You have become a sacrifice, just ahead of the Islamic holiday Eid-al-Adha.”

He said under Islamic law the call to prayer itself is not part of highest religious teachings that must be followed so does not fall under the blasphemy law. The woman’s complaint in conversation with a few people also could not be considered a blasphemous public advocacy against a religion, Ahmad said.

Since 2004, 147 people have been imprisoned under blasphemy or related laws, according to monitoring by Human Rights Watch. The number of cases has slowed since 2014 under President Joko “Jokowi” Widodo’s administration.

Muhammadiyah, the second-largest Muslim organization, said the legal process should be respected but also called for tolerance.

“People should understand that the call to prayer, or “azan,” must be heard by the congregation. But how loud the sound is needs to be a dialogue between communities,” chairman Haedar Nashir said in a statement.

This article originally appeared on tampabay.com. 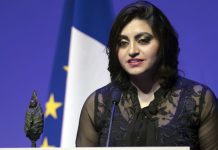 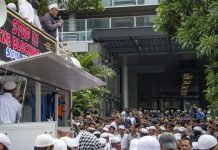