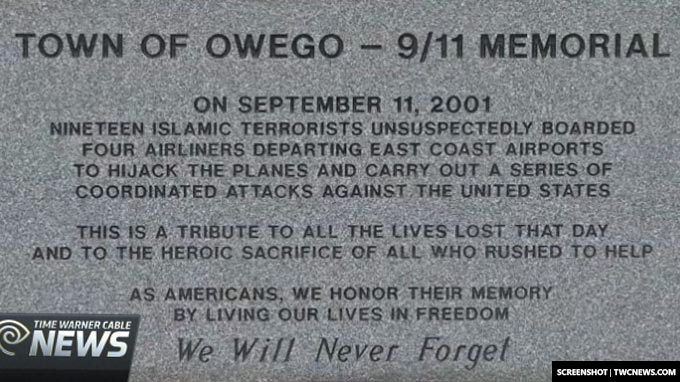 A new tribute to 9/11 victims is causing a stir in the town of Owego. The memorial identifies the terrorists as Islamic, which some groups in the area said could spread hate. But as our Tina Yazdani reports, most of the community supports the wording.

OWEGO, N.Y. — A labor of love for workers, and soon, a centerpiece in Owego.

After months of construction – a brand new 9/11 memorial is nearly complete.

It’s the first of its kind in Tioga County.

“It is awesome. They are doing a beautiful job on this,” said Sam Cornwell, visiting the memorial.

But already, the memorial has become the center of controversy.

“In today’s day and age it’s hard to say anything without offending anybody,” said Robert Nugent, Owego resident.

The memorial identifies the perpetrators of the attacks as ‘Islamic Terrorists.’

A mixed interfaith group in Binghamton said the wording spreads hate, and creates a divide.

“That word Islamic is used for all people of the Muslim faith, and the vast, vast majority have nothing to do with terrorism and actually are our allies in the fight against terrorism,” said Rabbi Barbara Goldman-Wartell, Children of Abraham of the Southern Tier. 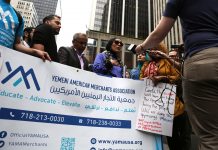