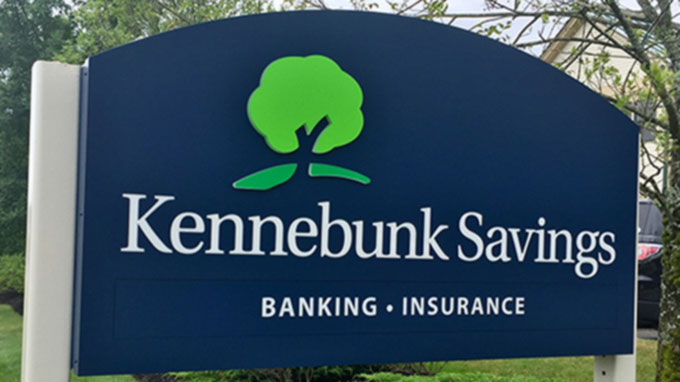 In a post to their Facebook page on Friday afternoon, Kennebunk Savings Bank announced that Dawn Robinson, who had been hired last month as the bank’s Chief Information Officer, was no longer working for the company. The firing was a result of Robinson posting what the bank described as “disturbing and offensive images” on Facebook.

One of the images, which was posted publicly by Robinson and captured in a screenshot by Justin Steele of Portland, is a photo of a dog with superimposed text reading “I BIT A MUSLIM” and “I HAD TO LICK MY ASS FOR AN HOUR TO GET RID OF THE TASTE.”

“As you might imagine, our first reaction was one of dismay and disappointment,” reads the bank’s response. “We expect all of our employees to uphold the highest standards of professionalism and respect. The images are not appropriate, the themes portrayed in the images are unacceptable to the Board of Directors, our management team and our employees, and in no way reflect the views or values of Kennebunk Savings. The employee mentioned in the press release is no longer with the company.”

The firing comes during a time of increased bigotry and violence against Muslim Americans. Anti-Muslim rhetoric has become more commonplace throughout the country in the months since the election of President Donald Trump and hate crimes targeting Muslims have increased by 91% in the first six months of 2017.

Steele, who brought the image to the bank’s attention, says he has “sympathy for anyone who loses their job,” but feels “it was likely the right move in this case.”

“The only encouraging part of this situation is that Kennebunk Savings Bank has shown that they are not willing to accept this type of hateful rhetoric by those in influential positions within their organization,” said Steele.