The phrase implies the replacement of Israel by a Pal. stretching from the Jordan River to the MedSea — though Hill disputes this characterization of his comments. “We have an opportunity to not just offer solidarity in words but to commit to political action, grass-roots action, local action and international action that will give us what justice requires and that is a free Pal from the river to the sea,” Hill said in his speech. 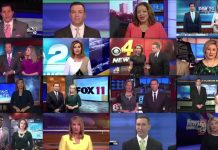