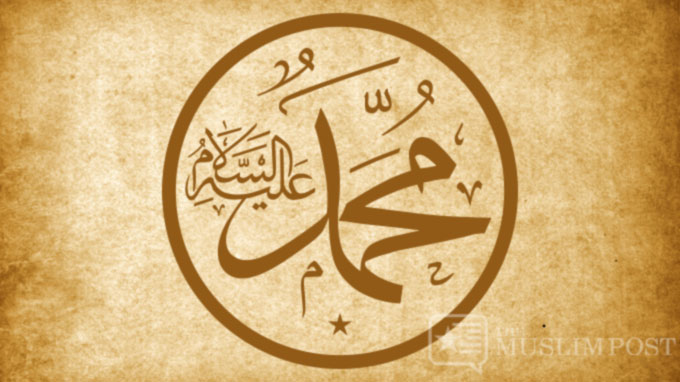 I’m dipping into the old mail bag (actually it’s the old email bag) this week to address some concerns of a reader. I don’t expect my answers to change anyone’s mind, but this reader brings up a subject that I see in other missives to me and on social media. It’s the “evils of Islam.”

Anyone who has read history, even marginally studied religions (that’s plural because there are more than one) or simply watched some educational TV programming knows that the charge — “evils of Islam” — is bogus and dangerous. Nevertheless, the perception persists in some circles. It’s really an easy and lazy way to explain a serious and complicated problem.

My email friend made a series of charges and statements about Islam. I’ll address them accordingly.

1. Muhammad performed no miracles. Well, he didn’t raise anyone from the dead or part any seas, but his relationship with God through the angel Gabriel, which produced the Quran, is considered something of a miracle itself. Upon being challenged by that same charge he, according to the Quran, split the moon. Deniers might scoff that there is no evidence of that, other than what is written in the Quran. Well, there is no evidence that Jesus healed the sick and raised the dead other than what is written in the New Testament, and faith. And what possible difference does it make? True followers of Muhammad or Jesus rely more on their teachings than their supposed miracles, at least they ought to.

2. Muhammad was a ruthless warlord who kept 20 percent of all the loot. Not true. Muhammad fought a few battles and then only when forced to. Let’s keep in mind that the sixth and seventh centuries were a pretty violent time for everyone. Disagreements were more often than not tribal, although religion certainly played a part. So, yes, Muhammad and his followers fought for land or self-preservation. But he was hardly a warlord. Where my email friend came up with the 20 percent is a mystery to me. However, he might thumb through the Old Testament, Exodus would be a good place to start. He is sure to find a good amount of land-grabbing and loot-taking there.

3. He was a morally bankrupt husband of 12 wives. He did have multiple wives, as Islam allows. The exact number is debatable. His first wife was 20 years his senior. He remained with her until she died. He did have other wives, maybe as many as 14. History, however, makes it clear that he performed husbandly duties with maybe two. Most others he married or took in because they were widows who had fallen on difficult times. But morally bankrupt? Hardly.

4. He was a predator of young girls. False. The rumor mill claims that he married a girl of either 6 or 9. No. He might have married one of age 15. But keep in mind that the average life expectancy in the sixth century was 25 or 30. Getting married at a young age was common. In 20th century America women often got married young. I had an aunt who was married at 15. Best aunt ever.

5. Islam rejects the God of Abraham and Jesus as God’s divine son. No and yes. Do I really need to relate the story of Isaac and Ishmael? I think the misconception that Muslims don’t worship God is because they worship Allah. How about Yahweh? Note: It’s all the same, just different translations. Muslims do not believe that Jesus was the son of God, but they do believe in the virgin birth of Jesus and that Jesus was a great prophet and healer. He is believed to have a special relationship with God. Jesus is mentioned in the Quran numerous times.

7. Have you ever heard of a Muslim charity? A hospital, home for the homeless or a Boy Scout troop? Really? Let’s start with the Red Crescent, the Muslim version of the Red Cross. No hospitals? You’ve got to be kidding. The list of Muslim charities, including those that pitched in following the Moore tornadoes and other tragedies would fill this column. And there are many Boy and Girl Scout troops in the United States. Come on, Google it.

8. And finally, this absurd question: Have you ever heard of a Muslim sacrificing his life for America? This one really ticked me off. Muslims have fought and died in every war the U.S. has fought, beginning with the Revolutionary War. A Muslim first-responder died in the 911 attacks. More recently, as of 2006, about 212 Muslim-American soldiers have been awarded combat action ribbons. There are Muslim-Americans buried in Arlington National Cemetery. Does my email friend not remember Capt. Humanyun Khan and his parents’ moving tribute during the Democratic National Convention and the furor stirred up by then-presidential candidate Donald Trump? Khan gave his life to save his fellow American soldiers from a suicide car bomb.

Not all Muslims are terrorists. How many more times do I have to write that? In fact of the 1.6 billion Muslims worldwide, only a very small percentage have turned to terrorism. Why do we continue to condemn an entire religion and culture based on a handful of thugs? Is it because they look different? Or sound different? If you intend to quote the Quran, read it or talk with someone who understands it. Don’t pick and choose out-of-context verses that distort the religion. I offer the same advice for those who quote the Bible.

Religion is based on faith. Show a little of that faith toward our fellow human beings, no matter their choice of religion.

This article originally appeared on the tulsaworld.com 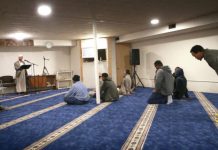 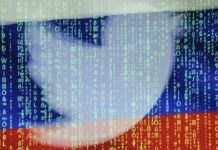