Sending a message of communal amity, a mosque in Kerala’s Malappuram district has provided shelter and food to several Hindu families displaced by the massive floods, while groups of Muslim men have assisted in cleaning two Hindu shrines affected by the deluge.

The Juma Masjid, located at Akampadam in Chaliyar village in northern Malappuram, has virtually turned into a relief camp since the second spell of rains started devastating the northern districts on August 8.

As many as 17 displaced Hindu families, including women, children and the elderly were given space to sleep inside the mosque, provided food prepared at its canteen and given rice, pulses and other essential materials when they returned home.

Most of the 78 people, who were given shelter at the Juma Masjid, were Hindus, Chaliyar village panchayat chief P T Usman said.

“There were 26 families who had sought refuge in the mosque, a majority of them Hindus. Though we opened the relief camp at the mosque on August 8, the activities started in full swing only after August 14, following a series of landslides that rocked the district,” he told PTI.

The Hindu families returned two days ago as water receded from their submerged homes, Usman said.

“The rest returned home after taking part in the observance of Bakrid today,” he added.

A Vishnu temple at Venniyode in Wayanad and a shrine dedicated to Lord Ayyappa at Mannarkkad in Malappuram, inundated due to the floods, were cleaned by them.

Many shared the photos of the Muslim men cleaning the temples on social media.

A total of 231 people have lost their lives and 32 are missing in flood-related incidents in Kerala since August 8.

Nearly 14.50 lakh people from 3.91 lakh families have taken shelter in about 3,879 relief camps across the state.

This article originally appeared on hindustantimes. 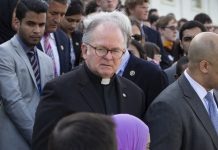 Why does Congress have a chaplain? 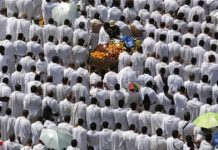 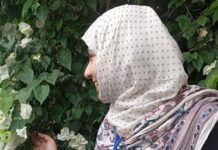 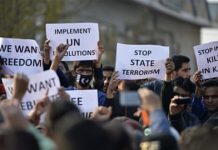 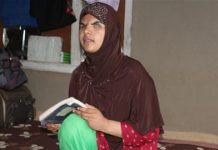 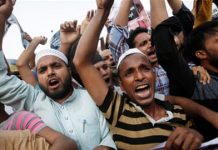 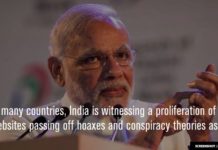