PHOENIX, AZ (3TV/CBS5) — This Easter, a group of Muslims shared a special gift with volunteers who help asylum seekers.

Women from a north Scottsdale mosque helped serve a group of immigrants Sunday, so Christian and Jewish volunteers could have time off during Easter and Passover.

A bus dropped off asylum seekers at a south Phoenix church Sunday afternoon, and Muslim volunteers spent the day preparing food for them.

“Most of them are coming from a detention center because they’re coming on ICE buses,” said Barbara Lewkowitz, a volunteer with Interfaith Refugee Asylum Volunteers. “This is kind of a way to give them an extravagant welcome to say, ‘welcome to America, and we’re your friends.'”

A new batch of immigrants arrive at the church every week, but this holiday is unique.

“This dinner is special because we have people of all faiths here because it’s Passover. Because it’s Easter Sunday, we have volunteers of the Muslim faith here. We have people from the Karan faith here, the Jewish people, Catholic and other Christian people here, and it’s just a way of saying on a very holy day and a week that this is a safe place to be,” said Lewkowitz.

Volunteers said they served more than 50 asylum seekers on Sunday.

“Especially during the past couple of weeks when there’s been problems and bombings in mosques all over the world, I think it shows real courage, and I think it shows there’s a commitment there’s peace and goodwill for all people,” said Lewkowitz. 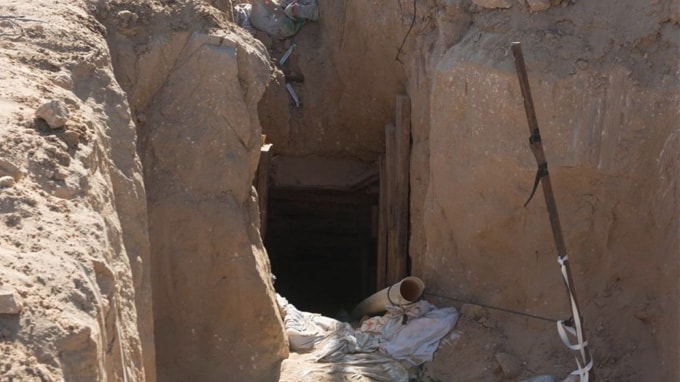 IDF said to destroy Gaza tunnel that led into Israel

A Place to Rest in Their Own Damn Country

Man arrested for his New Year’s Day vandalism spree at a mosque learns his...