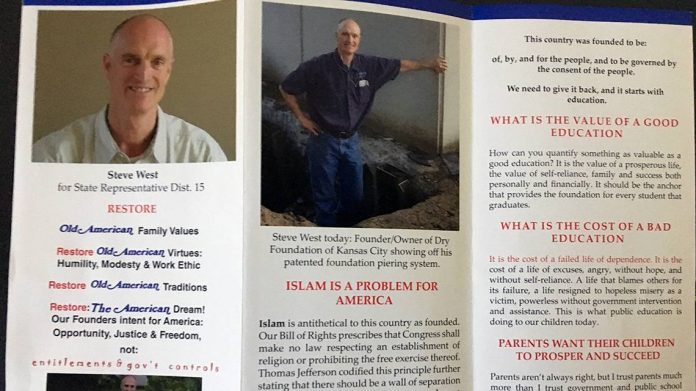 Steve West, an anti-semitic conspiracy theorist who said Hitler did nothing wrong, defeated three other GOP candidates in the party’s primary election for Missouri’s 15th district.

He now faces Democratic incumbent Jon Carpenter in November. He won with 49.5 percent of the vote; the second-place finisher had 24.4 percent. “Looking back in history, unfortunately, Hitler was right about what was taking place in Germany. And who was behind it,” West said on KCXL radio in January 2017, The Kansas City Star reported Thursday.

He has spoken of “Jewish cabals” that are “harvesting baby parts” from Planned Parenthood, abuse children and control the Republican Party.

West also has a YouTube channel on which he has made homophobic, anti-Semitic, Islamophobic and racist statements, according to The Star.

This article originally appeared on bloglikes.com