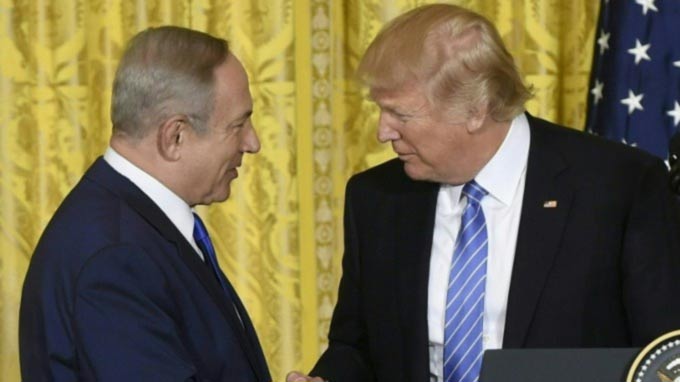 Amid Trump request to ‘hold back’ on construction, Netanyahu reported to tell cabinet that government may renege on promise to evicted families; ministers mum By Raoul Wootliff US President Donald Trump and Israeli Prime Minister Benjamin Netanyahu shake hands during a joint press conference at the White House in Washington, DC on February 15, 2017.