New Zealand’s Privacy Commissioner John Edwards took to Twitter on Sunday night to criticize Facebook for recklessly operating its platform and for contributing to the broadcasting of events like the Christchurch shooting, which was live-streamed on the social media platform. Edwards said, “Facebook cannot be trusted. They are morally bankrupt pathological liars who enable genocide, facilitate foreign undermining of democratic institutions.”

Edwards tweeted that Facebook “allows the live-streaming of suicides, rapes, and murders, continue to host and publish the mosque attack video, allow advertisers to target ‘Jew haters’and other hateful market segments, and refuse to accept any responsibility for any content or harm.” The tweets have since been deleted; Edwards explained in a follow-up tweet that he did so “because of the volume of toxic and misinformed traffic they prompted.”

Edwards’ comments came in response to Facebook CEO Mark Zuckerberg’s interview with ABC News, in which the chief executive said that Facebook was working on improving its algorithms’ ability to spot live-streamed terror events in the aftermath of deadly shootings. Facebook took nearly 30 minutes to detect the live stream of the mosque shooting in mid-March. The company said it removed about 1.5 million videos of the mass shooting in the first day after the shooting.

Edwards denounced Zuckerberg’s comments as “disingenuous” because “he can’t tell us — or won’t tell us how many suicides are livestreamed, how many murders, how many sexual assaults.” He says that he’s asked for that data, but Facebook has refused him. 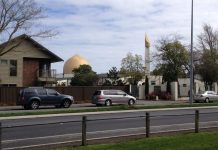