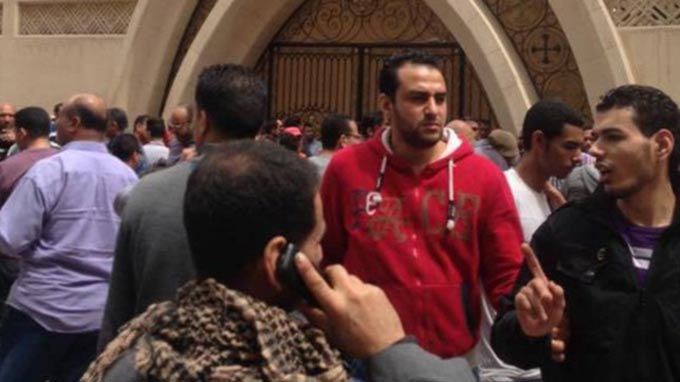 We strongly condemn and oppose all forms of terrorism and barbaric cowardly acts committed by these despicable group of terrorists and others with the same mentality and ideology.

ISIS cowards are at it again, claiming responsibility for its criminal actions and proudly displaying their anti-Islamic practices and lack of any human decency, have managed to go one step lower in the evolution scale by attacking a church in Cairo today.

These barbaric criminals and degenerates have not read in the Qur’aan that churches, yes churches are to be protected! God says in the Qur’aan “…And were it not that Allah checks the people, some by means of others, there would have been demolished monasteries, churches, synagogues, and mosques in which the name of Allah is much mentioned. And Allah will surely support those who support Him. Indeed, Allah is Powerful and Exalted in Might. Qur’aan 22:40″

CAIRO — A bomb exploded in a church north of Cairo that was packed with Palm Sunday worshippers, killing at least 26 people and wounding 71 others, officials said. The attack in the Nile Delta town of Tanta was the latest in a series of assaults on Egypt’s Christian minority, which makes up around 10 percent…