Belgian Minister Koen Geens has warned that the number of practising Muslims in Europe will “very soon” surpass those of practicing Christians.

Speaking before the European Union Parliament that hears the Brussels terrorist attack, Geens said the stark reality is attributed not just to mass immigration and migration crisis but also to the fact that Christians nowadays are refusing to practise their faith.

“That is not because there are too many Muslims, it is because Christians are generally less practising. Europe does not realise this, but this is the reality,” Geens told the European Community, reports The Sun.

According to a 2012 data from the European Commission, 72 percent of people in the European Union identify themselves as Christian but many reportedly do not actively practice their faith.

In contrast, the Muslim population tends to be more observant and devout, said the report, according to Breitbart.

Muslims to outnumber Christians in Europe 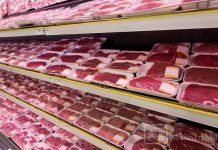 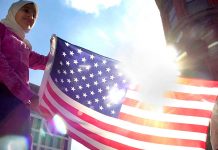 The Truth About Muslims in America

Trump to put limits on refugees and immigration

Muslim shopper wearing a hijab harassed by woman at grocery

Trump Is Our Own Worst Enemy