Rumors are that Donald Trump might pick John Bolton for Secretary of State. Heaven forbid.

One of the things I occasionally liked about the President-elect was his opposition to the Iraq war and regime change. He not only grasped the mistake of that war early, but also seemed to fully understand how it disrupted the balance of power in the Middle East and even emboldened Iran. 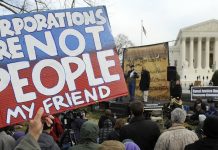