Delivered at the Catholic-Muslim Forum in Indianapolis, Indiana, on Tuesday, October 18, 2016, hosted by Sacred Heart Catholic Church and the Islamic Society of North America

Muslims are required to believe in the scrolls and scriptures received by Abraham, David, Moses, and Jesus. They recognize both the Major and Minor Prophets of the Bible. Muslims are mandated to respect Judaism and Christianity. They are commanded by the Prophet Muhammad to respect rabbis, priests, and monks.

Jews and Christians, and in some cases Zoroastrians, were all placed in the category of Ahl al-Kitab, People of the Book, who were protected by the Prophet and granted special privileges. Although there were no Buddhists in Arabia, some leading Muslim scholars believe that the name Dhu al-Kifl is an allusion to the Buddha.

As Islam spread out of Arabia, and Muslims came into contact with Buddhists, Hindus, and members of many other religions, Islamic authorities decided to place them in the category of Ahl al-Dhimmah or Protected People. Although they were not People of the Book, they were, nonetheless, citizens of the Muslim Ummah, and entitled to all the rights and protections that such a status entails. In India, Muslim leaders even subsidized Hindu temples. The norm was protection, not destruction.

How did the Prophet put it? He describes the People of the Book as his flock. He viewed himself as their shepherd. He said that they were a part of his Community and an honor to him. He said that anyone who hurt them hurt him.

The Prophet Muhammad did not simply preach tolerance: he promoted pluralism by word and example. One day, when he was sitting, a funeral procession passed by. The Prophet immediately stood up. His companion asked: “Why are you standing up? He was a Jew.” The Prophet responded: “He was a human being with a soul.”

The Prophet’s pluralistic teachings were followed by Abu Bakr, ‘Umar, ‘Uthman, and ‘Ali, all of whom renewed the protections that the Prophet had provided to the People of the Book.

The words and actions of Imam ‘Ali, the Fourth Caliph of Islam, illustrate the Islamic ideal. In the letter he sent to his governor, Malik al-Ashtar, he wrote: “Know that people are of two kinds. They are either your brothers in faith or your equals in humanity.”

Under Imam ‘Ali, Muslims and non-Muslims were all equals. On another occasion, Imam ‘Ali made a most pertinent point that highlighted his pluralistic policies: “Know, O Muslims! Our enemy is not the Christians or the Jews. Our enemy is our own ignorance.” 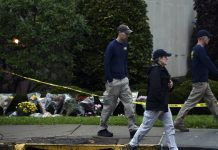