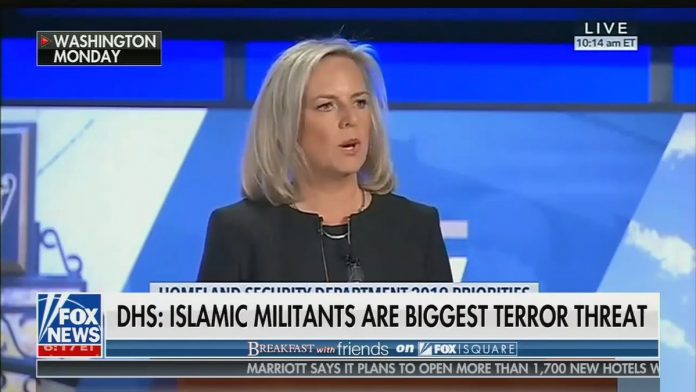 At this moment, there are 50 dead with many other injured from last week’s attack, fueled by a tempest of Islamophobia, on the Al Noor mosque in Christchurch, New Zealand. One of the worshippers greeted the alleged gunman as he approached the entrance, saying, “Hello, brother.”

He was killed immediately after.

I find myself once again faced with the murder of my fellow Muslims. For years, I’d watch the news and see how Muslims in Somalia were killed by terrorist groups like Al Shabab, only to later see it suggested that Muslims have to answer for global terrorism (despite the fact that we are the most victimized by global terrorism).

But it wasn’t until January 29th, 2017 that my worst fears were realized in my home country. On that day, Alexandre Bissonnette, a 28-year-old white man radicalized by the alt-right, entered the Islamic Cultural Centre mosque in Quebec City, Canada and murdered six Muslims after the last prayer of the night.

In the days following the attack, I was glued to my screen in horror—this could have been any mosque in Canada. I sobbed for these men and their families, but more than anything I wanted to understand how a man like Bissonnette could be led to attack a group of innocent worshippers in what has always been the safest place imaginable to me: a house of prayer, and a type of second home to Muslims worldwide.

We soon learned the nature of Bissonnette’s mindset: He admitted he was motivated by Prime Minister Justin Trudeau’s repudiation of United States President Donald Trump’s Muslim travel ban. In the weeks leading up to the attack, Bissonette obsessively checked the Twitter feeds of a range of right-wing American commentators, including more mainstream figures, as well as conspiracy theorists, alt-right personalities, and outright neo-Nazis. When he saw on television that our prime minister offered to accept and welcome refugees to Canada, Bissonnette said, “I saw that and I, like, lost my mind. It was then that I decided it was time to go.” Despite expressing remorse in court, Bissonnette told a social worker that he regretted not killing more Muslims.

In my day-to-day life, I feel the threat of a hate crime looming, and not without reason—statistics show they’ve been steadily on the rise in Canada and the U.S. If there was any time to discuss anti-Muslim racism and bigotry, surely it was when the wounds still felt fresh. But if anything, the Quebec City attack was quickly forgotten, and, not even three weeks later, I found myself covering an anti-Muslim rally for work. The rally was in opposition to a motion put forward by a member of parliament to look into Islamophobia and other forms of anti-religious hate speech. I sat in a crowd of Islamophobes, watching them jump to their feet cheering for their right to hate me.

Now, two years later, there still hasn’t been a single real national or global dialogue about Islamophobia. And there seems to be little room for serious discussions about how Islamophobia is stoked by politicians, journalists, and public intellectuals on the global circuit.View image on Twitter

the lie detector test determined that was a lie pic.twitter.com/bR3oE4x9RU

In Australia, the Christchurch shooter’s home country, senator Fraser Anning drew rebuke for tweeting in the wake of the attack, “Does anyone still dispute the link between Muslim immigration and violence?” But he’s hardly alone: Two years ago, far-right Australian senator Pauline Hanson wore a burqa to the Parliament House and called for a ban on the traditional dress “in light of what is happening with national security.” These more outrageous stunts are only a couple degrees worse than what’s printed in newspapers around the globe. In a Daily Express column, British broadcaster Julia Hartley-Brewer, as Guardian columnist Nesrine Malik points out, complained: “Just tired of having Islam thrust in our faces day in, day out.”

These incidents are, unfortunately, not isolated: You can regularly see Islamophobia shouted across the covers of tabloids, with all-caps fear-mongering of “Sharia law” and “Muslim thugs”; read aloud on scripted nightly news; and in the columns of august publications. There are few professional consequences for fanning the flames of this fear, and little social opprobrium; oftentimes, it seems like the sell itself.

Over in the U.S., Wall Street Journal opinion writer Bret Stephens characterized one Egyptian Olympic athlete’s refusal to shake the hand of an Israeli opponent as a “disease of the Arab mind,” and prior to that claimed that “Europe follows the path of accommodation to terrorism…to the demands of its Arab street”—that didn’t stop the New York Times opinion page from hiring him. The editor-in-chief of conservative site Daily Wire, Ben Shapiro, famously tweeted: “Israelis like to build. Arabs like to bomb crap and live in open sewage. This is not a difficult issue. #settlementsrock.” Atheist Sam Harris claimed that: “We have to be able to criticize bad ideas, and Islam is the Mother lode of bad ideas.” And the eponymous host of popular HBO program, Real Time with Bill Maher, asserted in front of a live audience that: “the Muslim world has too much in common with Isis [Islamic State]. Islam is the only religion that acts like the mafia, that will kill you if you say the wrong thing.”

In my early twenties, I had a job I hated. It was a miserable, dead-end job—the type where every day was the same slow burning nightmare. And like all shit jobs, it was made a tiny bit easier through bonding with a like-minded co-worker over our shared hatred of our job and love of the same movies and television shows. She was one of my closest work friends until I added her on Facebook months into our friendship. Scrolling through her feed, I noticed she shared a quote that was often misattributed to Christopher Hitchens, and shared widely by online atheist circles that read, “Islamophobia is a word created by fascists, and used by cowards, to manipulate morons.”

I was gutted. I naively assumed that anyone who could share a superficial work friendship with me couldn’t have possibly thought of me with such disregard. My friend was young and politically liberal like me, and she treated me like a normal person, but ultimately a huge threat to my existence was meaningless to her.

As much as I wanted to believe most people weren’t like my former co-worker, I soon learned that, even though most weren’t so blatant about their disdain for Muslims, Islamophobia was something that often went unchecked. With age and increased awareness, I saw how pundits would casually insinuate Islam was not a religion like any other, but a problem that needed to be solved.