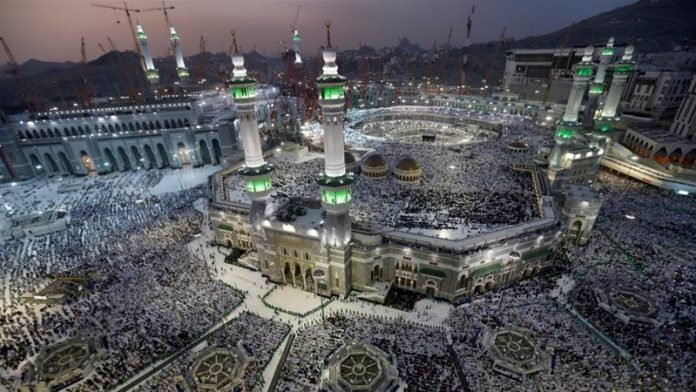 The coronavirus pandemic upended the plans of millions of Muslims, for whom the once-in-a-lifetime trip is a sacred milestone.

BEIRUT, Lebanon — For much of his life, Abdul-Halim al-Akoum stashed away cash in hopes of one day traveling from his Lebanese mountain village to perform the hajj, the pilgrimage to Mecca that all Muslims who can are obliged to make once in their lives.

He was all set to go this year until the coronavirus pandemic forced Saudi Arabia to effectively cancel the hajj for what some scholars say may be the first time in history.

“It is the dream of every Muslim believer to visit Mecca and do the hajj,” said Mr. al-Akoum, 61, a village official. “But the pandemic came with no warning and took away that dream.”

The Saudi announcement sent shock waves of sadness and disappointment across the Muslim world, upending the plans of millions of believers to make a trip that many look forward to their whole lives and which, for many, marks a profound spiritual awakening.

A 72-year-old retired port worker in Pakistan will stay home, despite his six children having pooled their money to finance his trip. A mother in Kenya will forgo visiting sites she has long dreamed of seeing. An Egyptian school administrator named Zeinab Ibrahim burst into tears.

“It was my only wish,” Ms. Ibrahim said. “To cancel it completely is such a shame. May God relieve us of this burden.”

Many people save up their entire lives to make the hajj and, before modern transportation, spent months getting there.

The pilgrimage conveys such religious status that many Muslims add the honorific “al-Hajj” or “Hajji” to their names on their business cards.

“The hajj is a transformative, emotional and spiritually moving experience — the spiritual pinnacle of a devout Muslim’s life,” said Yasir Qadhi, dean of the Islamic Seminary of America, who was supposed to lead a group of 250 pilgrims to Mecca this year.

Since the Saudi announcement, he added, “There’s a sense of deflation and spiritual loss, and a great sadness.”

The hajj is also big business. The hajj, a five- or six-day pilgrimage that starts this year at the end of July, and the umrah, a lesser pilgrimage that can be performed at any time of the year, earn Saudi Arabia billions of dollars each year, and Muslim communities from Texas to Tajikistan have travel agencies specializing in getting pilgrims to and from the holy sites and providing accommodation along the way.

“It is a catastrophe on all levels — economic, social and religious,” said Tariq Kalach, who runs a Beirut travel agency that was planning to take 400 pilgrims to Mecca this year.

Pilgrimage packages cost from $3,000 to $10,000, he said. He also provides services to a number of Islamic associations that pay for groups of poor Muslims to make the trip each year.