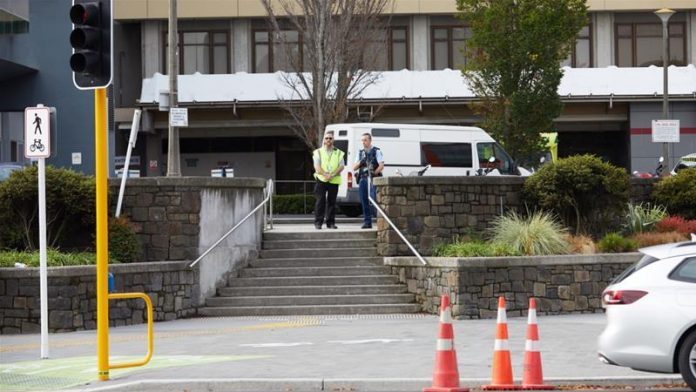 World leaders react with horror to the deadly attacks at two mosques in Christchurch during Friday prayers.

Political leaders from across the world have expressed their condemnation at the deadly shooting at two mosques in New Zealand city of Christchurch on Friday.

Forty-nine people were killed and at least 20 suffered serious injuries in the shootings targeting the mosques during Friday prayers.

Police say three men and a woman are in custody in connection with the attacks.

The timing of the shootings and the posting on social media of what appeared to be live, point-of-view video footage of the assault by a gunman, added to the distress of many.

Here is how political leaders around the world reacted soon after the incident.

Turkey’s President Recep Tayyip Erdogan condemned the deadly attack on the mosques, saying it illustrated the growing hostility towards Islam “idly” watched by the world.

“With this attack, hostility towards Islam, that the world has been idly watching and even encouraging for some time, has gone beyond individual harassment to reach the level of mass killing,” Erdogan said at the funeral of a former Turkish minister.

“It is clear that the understanding represented by the killer that also targets our country, our people and myself, has started to take over Western societies like a cancer.”

Erdogan’s spokesman separately condemned what he called a “racist and fascist” attack.

“This attack shows the point which hostility to Islam and enmity to Muslims has reached,” Ibrahim Kalin wrote on Twitter.

“We have seen many times Islamophobic discourse against Islam and Muslims turning into a perverse and murderous ideology. The world must raise its voice against such discourse and must say stop to Islamophobic fascist terrorism,” he said.

We strongly condemn the fascist terrorist attack in #ChristChurch.
May Allah have mercy on those who lost their lives today.
This cowardly act shows how anti-Muslim rhetoric and hatred leads to murderous acts.
The world must break its silence over Islamophobic hatred.

US President Trump condemns the “horrible massacre” at two mosques in New Zealand, sending his “warmest sympathy and best wishes” to the people of the country.

“49 innocent people have so senselessly died, with so many more seriously injured. The US stands by New Zealand for anything we can do,” Trump wrote in a post on Twitter.

Earlier, White House press secretary Sarah Sanders said in a statement that the US strongly condemned the attack.

“The United States strongly condemns the attack in Christchurch. Our thoughts and prayers are with the victims and their families. We stand in solidarity with the people of NewZealand and their government against this vicious act of hate,” Sanders said.

My warmest sympathy and best wishes goes out to the people of New Zealand after the horrible massacre in the Mosques. 49 innocent people have so senselessly died, with so many more seriously injured. The U.S. stands by New Zealand for anything we can do. God bless all!

The EU foreign policy chief extended condolences over the loss of lives in New Zealand, saying that “attacks on places of worship are attacks on all of us who value diversity and freedom of religion and expression.”

“We stand in full solidarity with the people and authorities of New Zealand at this extremely difficult time and stand ready to support in any way, including by strengthening our cooperation on counter-terrorism,” Federica Mogherini, the EU High Representative for Foreign Relations and Security Policy, said in a statement.

Mogherini said such acts “strengthen our resolve to tackle, together with the whole international community, the global challenges of terrorism, extremism and hatred.”

Indonesia, the world’s biggest Muslim-majority country, strongly condemned the shooting as authorities were checking on whether any of its citizens were victims.

“The government and the people of Indonesia convey deep condolences to the victims and their families,” Foreign Minister Retno Marsudi said in a statement.

In Muslim-majority Malaysia, Anwar Ibrahim, the leader of the biggest party in its ruling coalition, said one Malaysian had been wounded in the attack he described as a “black tragedy facing humanity and universal peace”.

“I am deeply saddened by this uncivilised act, which goes against humanistic values and took the lives of civilians,” he said in a statement.

“We extend our deepest sympathies and condolences to the families of the victims and the people of New Zealand.”

German Chancellor Angela Merkel expressed sorrow over the “citizens who were attacked and murdered out of racist hatred” in attacks on the mosques.

“We stand together against such acts of terrorism,” Merkel said through her spokesman, Steffen Seibert, on Twitter, adding that the victims had been doing nothing more than “peacefully praying in their mosque”.

“Innocent people being murdered as they worship is horrific and heartbreaking. My thoughts and solidarity are with New Zealand’s Muslim community and all of its people on this dark day,” she tweeted.

She added: “Today, at mosques across Scotland and elsewhere, Muslims will attend Friday prayers. They are a valued part of our diverse and multicultural society. It is terrorists who commit acts such as who offend our values as a society. We must stand against Islamophobia and all hate.”

This is beyond awful. Innocent people being murdered as they worship is horrific and heartbreaking. My thoughts and solidarity are with New Zealand’s Muslim community and all of its people on this dark day. https://t.co/kxXQh4Ao2e

“My thoughts are with the family of Afghan origin who’ve been shot and killed at this heinous incident.”

“Shocked and strongly condemn the Christchurch, New Zealand, terrorist attack on mosques. This reaffirms what we have always maintained: that terrorism does not have a religion. Prayers go to the victims and their families,” he tweeted.

“I blame these increasing terror attacks on the current Islamophobia post-9/11 where Islam & 1.3 bn Muslims have collectively been blamed for any act of terror by a Muslim. This has been done deliberately to also demonize legitimate Muslim political struggles,” he added.

“We stand here and condemn, absolutely the attack that occurred today by an extremist, right-wing, violent terrorist,” Morrison told a press conference.

He confirmed media reports that the gunman who mowed down worshippers in the main mosque in the southern New Zealand city of Christchurch was an Australian-born citizen, without providing further details.

“It is such a sad and devastating reminder of the evil that can be ever present about us,” Morrison said of the attacks.