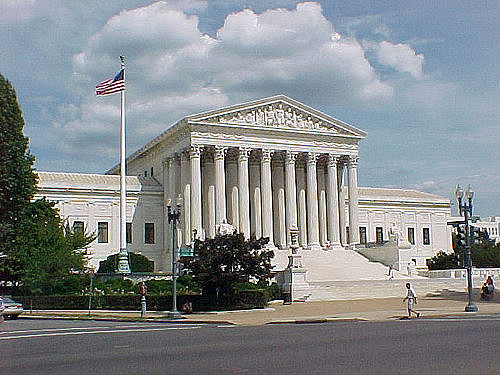 A major Supreme Court case is testing whether religion can be an excuse for a business to discriminate.

What’s at stake? The safety and rights of all minorities – including LGBTQ people, Muslims, Jews, and people of color. If the court rules against equality, it may embolden more businesses to discriminate.

It’s imperative that we, as American Muslims, stand on the right side of history in this case. It’s the right thing to do and it’s also in our best interest.

The case is Masterpiece Cakeshop v. Colorado Civil Rights Commission –  one of the most closely-watched this term. At issue is whether a baker can refuse, based on his religious objection, to make a wedding cake for a gay couple without violating a local anti-discrimination law.

If the court sides with the baker and against equality, it could lead to businesses nationwide using religion as an excuse to discriminate.

American Muslims and all Americans who value religious pluralism have a lot at stake. An under-the-radar trend of businesses illegally discriminating against Muslims has swept the nation in recent years. Bigoted business owners have declared that their restaurants in Shreveport, gun ranges and shops in Oklahoma, Arkansas, Florida and Kentucky, and their grocery stores in Albuquerque, closed for business to Muslims. In order to challenge these discriminatory actions, American Muslims must rely on robust and meaningful civil rights laws and protections.

But, if the baker in this case prevails, the Supreme Court will carve a massive exception into anti-discrimination laws.  Such a ruling will make it easier for businesses to justify their discriminatory actions under the guise of religious freedom.

That’s one of many reasons that my organization, Muslim Advocates, has weighed in with the court in favor of equality. It’s also why we were joined by a long list of religious and civil rights groups who agree with us.

This use of religion as an excuse to deny people rights has a long and scary history in this country; religion has been used to oppose LGBTQ equality, slavery abolition, women’s suffrage, inter-racial marriage, and even the Americans with Disabilities Act.

Some in the American Muslim community have been misinformed that, if the court rules in favor of equality, they’ll be forced into selling pork or alcohol against their religious practices. This is simply not true.  The issue before the Supreme Court is whether someone who would otherwise sell a product should be able, based on a religious objection, to refuse service to a customer because of that person’s  race, religion, sexual orientation, or other legally protected characteristic.

Those urging Muslims to speak out against LGBTQ equality are using the Trump playbook of sowing division and hate, this time under the guise of religious liberty. And our community is not going to fall for that.

The past few years have thrust American Muslims into some of the defining civil rights battles of our time.  We are demonized by fear-mongering politicians, our rights are being rolled back, and our community is being profiled, harassed, bullied, and attacked on a daily basis.

American Muslims must continue to be a clear moral voice for our nation.

And our voice matters. Standing up for the LGBTQ community, for women, for people of color, for other religious minorities, for people with disabilities, and for immigrants sends a clear signal to the nation that we will not be silenced by fear or respectability politics.

It just so happens that, when it comes to this Supreme Court case, doing what’s right for the country and for the LGBTQ community is also right for American Muslims.

Farhana Khera is the founding executive director of Muslim Advocates, a national legal advocacy and educational organization that works on the frontlines of civil rights to guarantee freedom and justice for Americans of all faiths. 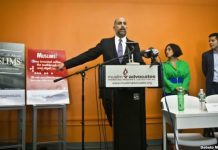