ROME – Meeting with a top Muslim leader in Saudi Arabia, the Vatican’s chief interreligious dialogue official called for the equal treatment of people of all religions, saying discrimination and double standards based on religious affiliation only increase Islamophobia and Christianophobia.

And, religious leaders “have a duty to keep religions from being at the service of an ideology” and to know how “to recognize that some of our fellow believers, like the terrorists, are not behaving properly,” said Cardinal Jean-Louis Tauran, president of the Pontifical Council for Interreligious Dialogue.

“Terrorism is a constant threat, and for that reason we must be clear and never justify it. All forms of terrorism want to prove the impossibility of coexistence. We believe the exact opposite. We must avoid aggression and denigration,” he said during a meeting April 14 with the secretary-general of the Muslim World League, Sheik Mohammed bin Abdul Karim al-Issa.

Every religion has its extremists and fundamentalists, Tauran said in the meeting. They have strayed from a “solid and wise” understanding of their own faith and see those who do not share their views as “unbelievers,” who must convert or be “eliminated,” he added.

They have been misled, he said, and can “easily turn to violence in the name of religion, including terrorism. They become persuaded, through brainwashing, that they are serving God. The truth is that they are only hurting themselves, destroying others, ruining the image of their religion and their fellow believers.” Such people, he added, “need our prayers and our help.”

Tauran was in Saudi Arabia as head of a Vatican delegation visiting the country April 13-20. Saudi Prince Mohammed bin Abdurrahman bin Abdulaziz, deputy governor of Riyadh, and al-Issa welcomed the delegation upon its arrival in Riyadh. Pope Francis received al-Issa at the Vatican in September 2017.

The Vatican and Saudi Arabia do not have formal diplomatic ties, but there have been a number of high-level meetings, including between Saudi Arabian King Abdullah bin Abdul Aziz and Pope Benedict XVI in 2007, the first such meeting between a pope and a reigning Saudi monarch.

Saudi Arabia refuses to allow Christians to build churches or worship publicly as the public practice of religions other than Islam in Saudi Arabia is strictly forbidden. Non-Muslims are also banned from the holy cities of Mecca and Medina – the respective cities where Mohammed was born and is buried. The Vatican has repeatedly defended the importance of religious liberty, including the freedom of all believers to publicly profess their faith and the acceptance of the principle of freedom to change religions, according to one’s own conscience.

Tauran addressed many of these concerns during his meeting with al-Issa. The Vatican newspaper, L’Osservatore Romano, published an extensive report about his speech April 17.

“Religion can be suggested, never imposed, and then accepted or rejected,” the French cardinal said.

Christians and Muslims must also agree on some “common rules for the construction of places of worship” – emphasizing the importance of reciprocity, given the “great deal of competition” between Muslim and Christian communities in the past.

“All religions must be treated the same way, without discrimination, because their followers, together with citizens who do not profess any religion, must be treated equally,” he said.

While no law requires all citizens in Saudi Arabia to be Muslim, non-Muslims are not allowed to hold Saudi citizenship.

The cardinal said there should be “full citizenship” for everyone. “If we do not eliminate the double standards of our behavior as believers, religious institutions and organizations, we will foment Islamophobia and Christianophobia.”

Having true religious plurality is not saying that all religions are equal, but that all people who are seeking God as well as those who seek the good without belonging to any religion, “have equal dignity,” he said.

“Everyone must be left free to embrace the religion that he or she wants,” he said. The cardinal asked that Christians and Muslims work together “so that God, who created us, may not be a cause for division, but rather for unity.”

The State of Our Religious Freedom 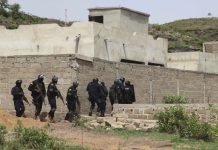 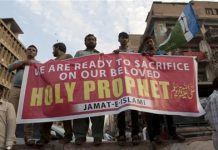