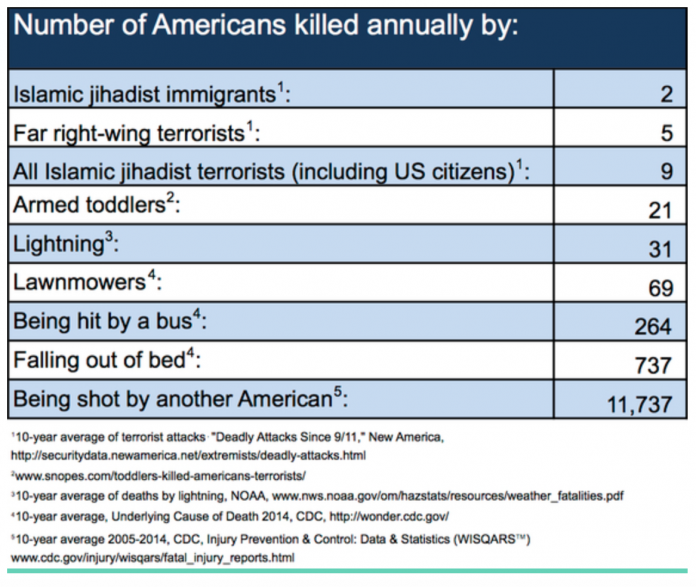 Which of the following best completes this sentence: Over the past 10 years, _____ killed the most Americans. 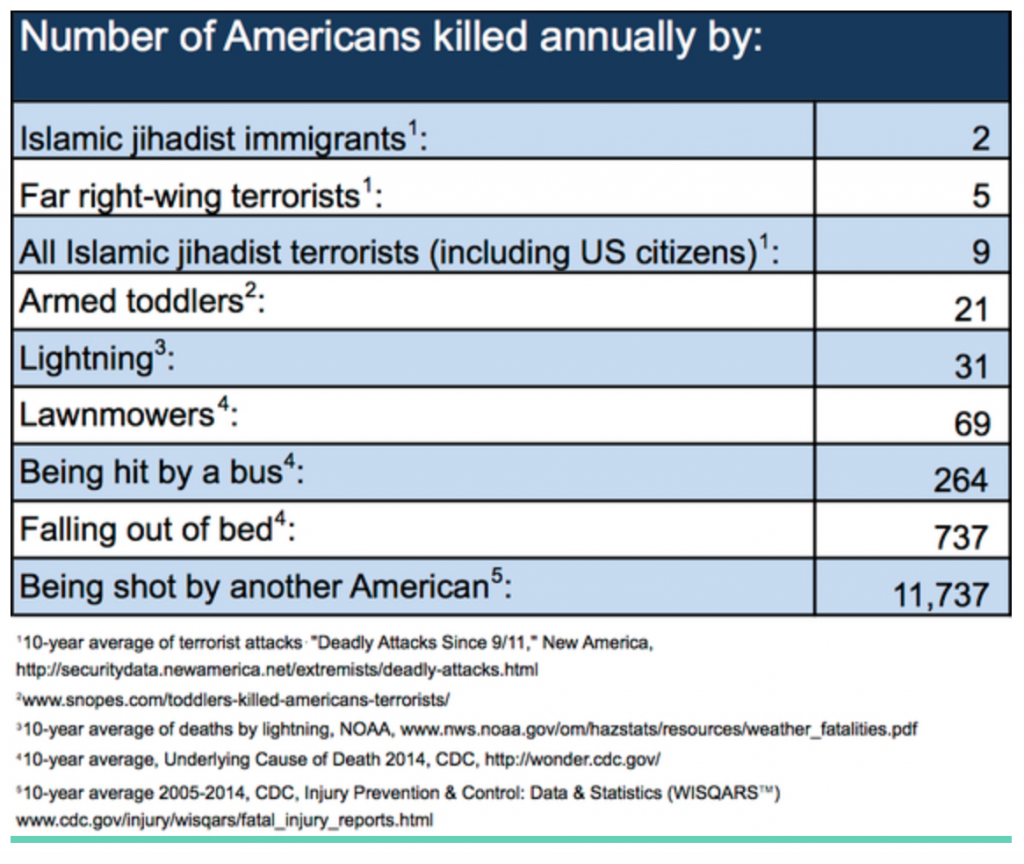 The chart comes from a Huffington Post article by Todd R. Miller, and it was chosen as “International Statistic of the Year” by the Royal Statistical Society, an organization based in the U.K. that began the competition in 2017 to highlight the importance of statistics in society. It was also featured in a tweet by Kim Kardashian that was retweeted more than 194,000 times.

The Royal Statistical Society wrote that the chart:

“…successfully highlighted the huge disparity between (i) the number of Americans killed each year (on average) by ‘immigrant Islamic Jihadist terrorists’ and (ii) the far higher average annual death tolls among those ‘struck by lightning’, killed by ‘lawnmowers’, and in particular ‘shot by other Americans’.”

Liberty Vittert, a member on the panel who selected the stat as the winner for 2017, said:

“Everyone on the panel was particularly taken by this statistic and its insight into risk – a key concept in both statistics and everyday life. When you consider that this figure was put into the public domain by Kim Kardashian, it becomes even more powerful because it shows anyone, statistician or not, can use statistics to illustrate an important point and illuminate the bigger picture.”

The Royal Statistical Society listed several honorable mentions for stat of the year on its website:

7.7 billion – “In June 2017, the number of active phone connections (7.7 billion) exceeded the world’s population for the first time ever.”

403.3 – “New figures, released in October 2017, showed that the concentration of carbon dioxide (CO2) in the atmosphere has now exceeded the symbolic threshold of 400 parts per million, reaching 403.3ppm – its highest level for around 800,000 years.”

21.0 – “According to figures publicized this year, the under-18 conception rate in the UK in 2015 was 21.0 conceptions per thousand women aged 15 to 17. This is the lowest such rate recorded since comparable statistics were first produced in 1969.”