Democratic Reps. Debbie Wasserman Schultz and Keith Ellison are urging colleagues to invite Muslim Americans as guests to Tuesday night’s State of the Union address. So far, more than a dozen lawmakers — mostly Democrats — have heeded their call.

The appeal from Wasserman Schultz (D-Fla.), the chair of the Democratic National Committee, and Ellison (D-Minn.), the first Muslim elected to Congress, comes at a time of rising anti-Muslim rhetoric from politicians like Republican presidential candidate Donald Trump and a wave of incidents targeting people of Muslim faith.

“This rhetoric and these actions are simply un-American,” Wasserman Schultz and Ellison wrote in a letter to colleagues last week. “They undermine our values and weaken our ability to be a force for good around the world.”

Ellison is one of two Muslim members of Congress. The Minneapolis Democrat, who converted to Islam at age 19, said it’s important for public officials to extend a hand to the Muslim community, in part to counteract rhetoric from the Islamic State, or ISIS.

Here’s a look at the lawmakers bringing Muslim American guests, and who those guests are:

— Rep. Keith Ellison (D-Minn.) will bring his son, Elijah, an active-duty combat medic in the Army;

— Rep. Judy Chu (D-Calif.) will bring Adnan Khan, a business owner and past president of the Council of Pakistan American Affairs;

— Rep. Seth Moulton (D-Mass.) will bring Ahmad Alkhalaf, a 9-year-old Syrian refugee who lost both of his arms in a bombing raid;

— Rep. Mike Quigley (D-Ill.) will bring Alaa Basatneh, a 23-year-old activist who was born in Syria;

— Rep. Dan Kildee (D-Mich.) will bring Sarah Hekmati, sister of Amir Hekmati, a former Marine who remains imprisoned in Iran as an accused U.S. spy; and

— Rep. Joe Courtney (D-Conn.) will bring Mohammed Qureshi, a doctor and president of the Baitul Aman Mosque in Meriden, Conn., which was shot at the night of the Nov. 13 terror attacks in Paris. 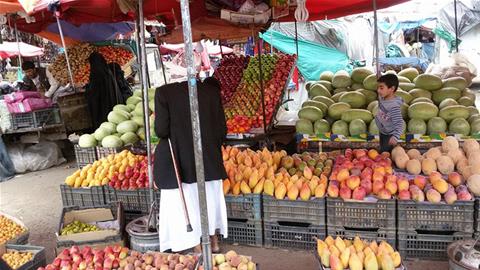 Refugees are freezing to flee the US for Canada